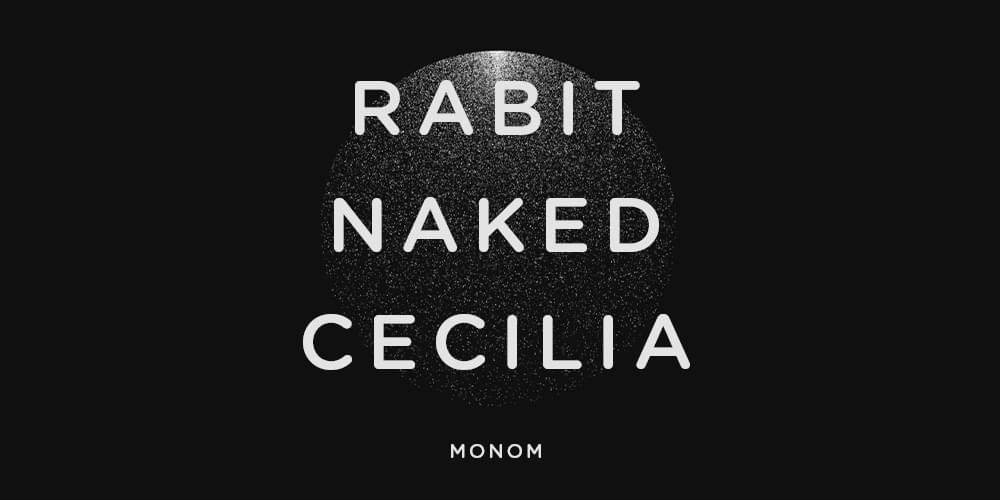 Halcyon Veil promotes a world that is non-sectarian, supporting creative work and representing a place where universal minds, regardless of creeds or dogmas, may abide, attuned with such vibratory forces within as make for love, goodness, justice, and peace, that Nature may continue her creation without interruption or interference.

MONOM lends itself as a tool for artistic expression allowing each artist to explore the realm of spatial sound using the most advanced spatial instrument in the world built by 4DSOUND. Each composition is created especially for the system, specifically for the night.

Rabit is Houston producer, composer, DJ, and record label owner Eric Burton. Chiseling out a bold vision of sound since 2012 Burton has slowly worked his way to the forefront of an international group of artists seeking to create a fresh and uncompromising perspective on future dance music and the very fabric of the club landscape.

Much like his contemporaries, Arca, Lotic and Toxe, Burton combines industrial, hip hop, noise, and sound collage to foster sonic spaces for the exploration of sexuality, gender, race, embodiment, and injustice. Starting his career in 2012 with several EP’s, splits and singles, it was his 2015 debut album, Communion, released on NYC’s Tri Angle Records, which garnered him broad attention by international audiences and the music media. Inspired by the talent emerging around him, 2015 also saw the launch of Burton`s own label Halcyon Veil, a collaborative release with NON’s Chino Amobi as well as a official remix for Björk’s VulnicuraLP.

In 2016 Rabit was featured heavily as a producer on Elysia Crampton's Break World album, Elysia Crampton Presents: Demon City (with Chino Amobi, Why Be, Rabit & Lexxi). Additional time was invested in Halcyon Veil releases of artists such as Why Be, Angel Ho and Abyss X.

In 2017 Burton reconnected with Björk for production work on her upcoming release Utopia.

Succeeding 2015's groundbreaking album Communion, Les Fleurs Du Mal is the work of an artist attempting to navigate the boundaries of self and world in an increasingly chaotic environment. It is a declaration of position, and also intent. A personal milestone, the canvas turned wholly inward­ a psychedelic tapestry of dreams and inner worlds, defiantly expressed through texture, color, melody and rhythm.

Les Fleurs Du Mal can be best understood as an arena, a place for the artist to explore confluent ideas without the harms of judgement. A spielraum, described by the author Frances S. Connelly, ­"The grotesque Spielraum functions as a vehicle for mediating the ever­collapsing boundaries of the known.... it is an action, not a thing ­more like a verb than a noun. The grotesque is best understood as something that creates meaning by prying open a gap, pulling us into unfamiliar, contested terrain."

A tribute to the Rococo style, the carnivalesque, sidereal sound, acousmatic processing, modular synthesis, drone, new age, folk, and noise, the album can potentially be seen as a statement triangulating itself with Elysia Crampton's Demon City and Chino Amobi's Paradiso, both of which feature the artist himself. Both projects suggested new, independent worlds, and Les Fleurs Du Mal can be seen in the same light, a product of intentional sequestering, in the hopes of creating something pure, singular, and human.

The album's twelve movements are also defined by their search for new and interesting ways to create an audio experience. Think of it as an aural version of handwriting, composed using a combination of cut­ups, randomization, spectral processing, and poetry. Rabit is joined by special guest vocalists CECILIA and Chino Amobi, with album co­production courtesy of CECILIA, and famed Coil member, Drew McDowall.

" It's a lot of God and a lot of sex. Some rebirth, stagnation and death and some hope." ­Courtney Love

"....to seek the face I had before the world was made." ­Joel ­Peter Witkin

Taking its title from a masochistic practice, Total Power Exchange refers to a sexual relationship or activity in which there is the submissive and the master ­ the control filters down to all aspects of the submissive’s life and existence ­ which can also be taken as metaphor for socio­political control. NAKED live up to every letter of that premise, subjecting the listener to a barrage of unpleasantries/ecstasies in the destructive maul of "Unleash Me", then drowning them like "Yellow Tears" in the cistern with the paso­doble flashcore battery of "Spit", before sousing ears with incendiary sonics in "Disease", and obliterating the senses via tirade of blastbeats and unrepentant squall in "Whip".

NAKED’s live performance is an integral part of their practice ­ it penetrates, caresses and obliterates all senses. Raw, primordial and uncontrolled, yet ephemeral and highly emotional, their live presence is characterised by the extremity of vocal and sonic deliveries, Agnes’ confrontational destruction of the boundaries between performer and audience, lighting capable of inducing altered states of consciousness, olfactory interventions, and raw power electronics. 2017 saw NAKED release two new music videos and an alternative national anthem for DAZED which followed the release of their debut album Zone and a collaboration with Mykki Blanco. They have performed at Unsound Festival, City Hall in London for the Serpentine Galleries, SXSW, RBMA and Cafe OTO and are set to announce their first live dates in Asia.