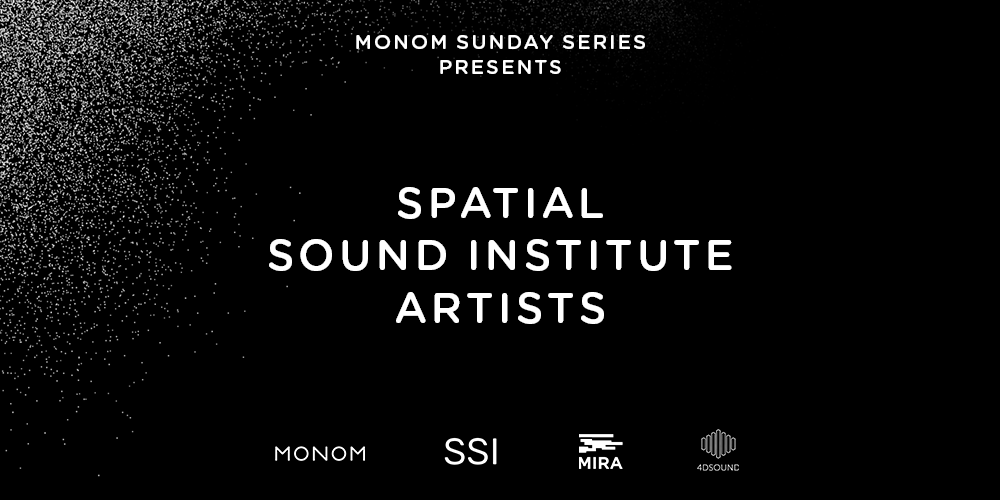 Co-Presented by MONOM and MIRA Festival, OFFSET is an audio visual installation made at the Spatial Sound Institute in Budapest by Hanno Leichtmann with video art by Toby Cornish.

The work contains the subtitle 'music for sampler, looper, electronic percussion and moog bass'. All sections of the piece contain more or less the same musical ingredients: various patterns of hi-hats, snares and toms, ie pads, a bassline and sometimes processed vocals. All the musical events are layered, but they are layered - but none of the tracks are really in sync. They 'OFFSET' - so the listeners' ears and brain attempts to put them in a beat or rhythmic scheme - but fails.

Nevertheless there is a certain core that ties all sounds together. Some sounds in the space of sound. The music itself reminds one of the sounds of early 90s club music as well as on minimalistic lofi tape loop experiments.

Some sections contain "letraset sound". This is the sound produced by the filmprojector when interpreting rubbed down the letraset particles on the soundtrack as "music".

OFFSET wants to be released via Christian Vogel's label Endless Process on 1st of August.

Multiple layers of letters, numbers and punctuation marks create rhythmic structures in a state of flux that collide and synchronize with the separate soundtrack.

Made by rubbing Letraset and Letratone directly upon clear 16mm filmstrips, the film consists of individual 144 frame loops each made up of vowels, consonants, numbers, punctuation, symbols, circles and half-tone dot patterns. The filmstrips were transcribed on a digital camea and repeatedly reworked as the loops. The results were now combined in different sections which ebb and flow as the lengths of the sound sections and image loops.

OFFSET with the video Rubdown Incorporates what was originally commissioned for the Letra / Tone Festival in Berlin and is here in a new re-edited version.

The installation will be on a continuous loop from 13:00 - 21:00 on Sept 15.  Guests are welcome to enter MONOM quietly at any point and stay as long as they would like.

Hanno Leichtmann is a sound artist, music producer and curator living and working in Berlin.

Originally coming from improvised music as percussionist / drummer, Leichtmann dedicated himself since 1998 to the electronic music. With his electronic project Static he published several albums and toured throughout the world. In 2011 he releases the "lost" soundtrack for Christoph Schlingensief's last film African Twintowers with Contributions from Sir Henry and an Indian music ensemble. With the trio group show he set the Andy Warhol classic Empire several times. From 2008 he curates several festivals and club series like Letra / Tone, Syn / Cussion and Grand Jeté. Leichtmann has been working with sound archives since 2013. For his last work, Nouvelles Aventures, he received a work and research grant from the city of Berlin in the field of new music / sound art and a residency at Villa Aurora in Los Angeles in 2018 ,  He is part of the trio group show with Jan Jelinek and Andrew Pekler, and the trio Dens Eland with David Moss and Hannes Strobl. He composed the soundtrack for Sasha Waltz's Alley of Cosmonauts and recently remixed her to the 8 channel installation SWG25Y. He has played in many important festivals such as CTM Berlin, Unsound Krakow, New York & Minsk, Mutek Montreal and Mexico City, ICMC Havana and more.

Toby Cornish is a video artist, film-maker and designer, founding member of Jutojo, based in Berlin.

Born and educated in London, he moved to Berlin in 1998 to work on experimental films, video and slide installations in museums and galleries, abstract music videos, building on an analogue film-based background where process and materials always play an important part in the final work.