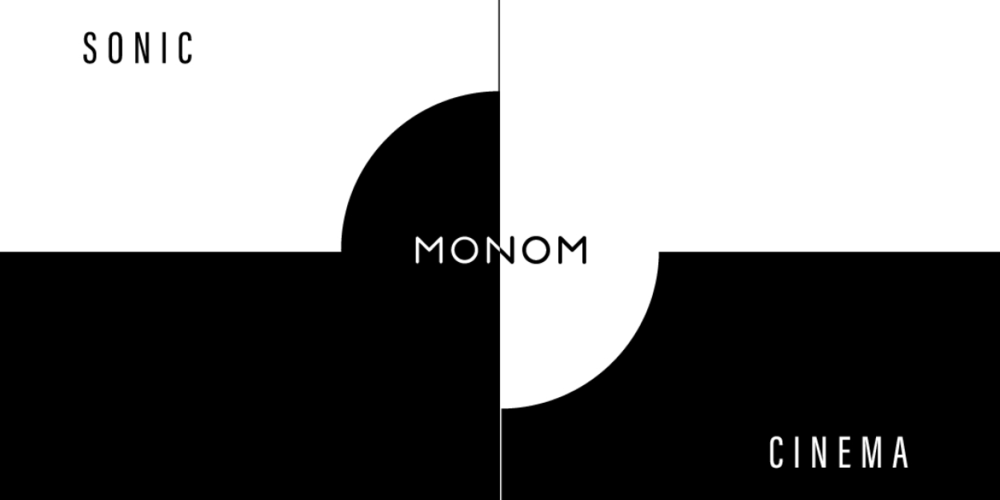 Created by MONOM’s Creative Director, William Russell, Lost Spaces is a Sonic Film series that aims to increase empathetic awareness between the audience and natural environments through the documentation and transmission of its natural beauty and its destruction.

Lost Spaces is a Sonic Film, podcast and radio play series that aims to increase empathetic awareness of humans inseparable link to the natural environment through the documentation and transmission of its natural beauty and its destruction.

An enchanting, haunting and at moments terrifying composition of sound, music and voice, the first iteration of Lost Spaces - Rainforest is divided into stages based on falling into and out of synchronisation with nature.

We are living in a time where we are more connected than ever through digital technology, yet more disconnected from each other and our environment than ever.  More and more powerful technologies are being used to manipulate, entice, divide, sell - to use what makes us human against us - we need to harness these same technologies to bring us closer together and to increase compassion and awareness.

An increase in empathy and conscious awareness is required urgently to counter the loss of our connection to the environment and ourselves brought about through the polarising and apathetic technological landscape that we exist in more and more.

Storytelling is a powerful medium for expression and communication - a means of increasing social empathy, historically acting as an engine of social/cultural liberalisation and change.

Mediums such as the spoken word, pictures, writing, film, music and sound - have all been used to enhance the power of storytelling, to help transmit knowledge, to guide us from the old world through the threshold into a new world of understanding and awareness.

The Lost Spaces series will use spatial sound as a tool to immerse the listener in natural sonic environments that we have lost forever -aiming to bring the listener into a state of deep empathy, specifically a deep sense of loss - providing a safe place to grieve and deal with the trauma of our society and current state of affairs.

Lost Space: Rainforests is an enchanting, haunting and at moments terrifying composition of sound, music and voice.  The first iteration of Lost Spaces: Rainforest is divided into stages based on falling into and out of synchronisation with nature.

The audience will be taken on a journey connecting human emotions to the dynamics of natural phenomena immersing the listener in the rich sonic environments of rainforests from around the world - home to more species than any other environment, spaces and life that we have lost forever, and ones that are on the brink of destruction.

Lost Space: Subaquatic Ocean is a collaboration between MONOM's Creative Director and 4DSOUND designer, William Russell, and artist and researcher Robertina Šebjanič. Her art and research focuses on cultural, (bio)political, chemical and biological realities of aquatic environments, which serves as a starting point to investigate and tackle the philosophical questions on the intersection of art, technology and science.. The Sonic Film Lost Space: Subaquatic Ocean will take the listener on a journey deep into the subaquatic oceanic world, from the enchanting, surreal and rich bioacoustic environment of pristine subaquatic life as if before the influence of our anthropogenic presence, moving slowly towards our current era whereby human noise pollution is severely impacting the marine environment.

Global Sunrise: the musical sounds of dawn by Gordon Hempton (remixed in 4DSOUND)
Created by Emmy Award winner Gordon Hempton never-ending wave of bird song follows the rhythm of the earth’s rotation as if the sun never stopped rising and the birds never stopped singing - Beginning in the Ecuadorian Amazon then along a path through Central America, Western North America, the Hawaiian Islands, the vast Australian Outback, Sri Lanka and the Kalahari Desert, returning to North America before descending once again into the Brazilian and Ecuadorian Amazon.

Earthcry
In between the mundane details of your life and the knowledge you carry that something cosmically horrible is happening to Planet Earth is a psychic zone filled with grief, joy and righteous anger. Scientists, politicians, journalists and activists have for decades failed to activate these explosive emotions in the majority of people because they lacked the proper tools. They didn’t realize that this psychic zone is largely impervious to facts or rational argument.

But we, the founders of Earthcry, a multidisciplinary arts collective, have discovered a new means of entry. By transforming climate change data into 3D sound environments we allow you to truly “hear” our planet’s gasps of pain. This creates an emotional pressure valve that causes you to feel oceanic sadness, seismic gratitude and the sweet volcanic rage of someone who finally realizes what needs to be done to preserve the natural systems that a small group of rich powerful sociopaths are hellbent on destroying.

You become, in other words, utterly awake for the first time in your life.

Sam Potter is an artist and speculative author based in Berlin. His 2018 book 'Ecstatic Data Sets' talks of the emotional effects of emergent technologies and recent prototyping of these ideas lead to this project.

Edo Van Breemen is a composer and spatial sound producer living in Vancouver, Canada. He is the co-founder of Inscapes Spatial Sound and the co-director of Lobe studio, North America’s first official 4DSOUND studio. Additionally he composes for film in collaboration with Johannes Winkler as the Transatlantic Film Orchestra.

Geoff Dembicki is a climate change journalist living in Brooklyn. He is a frequent contributor to VICE and other outlets and is author of the book Are We Screwed? How a New Generation is Fighting to Survive Climate Change.